Role of Technology During Natural Disasters

Mother Nature will always have her way with the world. While we can predict paths of natural disasters as they form, we cannot predict when and where they will develop and the amount of catastrophic damage they will inflict.

On Aug. 25, 2017, Hurricane Harvey hit Houston and the South Texas area and is already estimated to take the number two spot for the costliest natural disasters in U.S. history. With 27 trillion gallons of rain falling, it has caused great distress to residents in effected areas. Flood waters rose quickly and emergency personnel and volunteer groups performed thousands of rescues by boat and helicopter. Designated shelters were overwhelmed with evacuees, but Houston residents rose to the occasion, opening their homes and businesses (including furniture stores) to those displaced by the storm. After a week of delivery trucks being unable to make it into the city with supplies and relief, emergency response workers and Texas residents began to breathe a sigh of relief and to pick up what was left behind: torn apart homes, displaced cars, and debris. 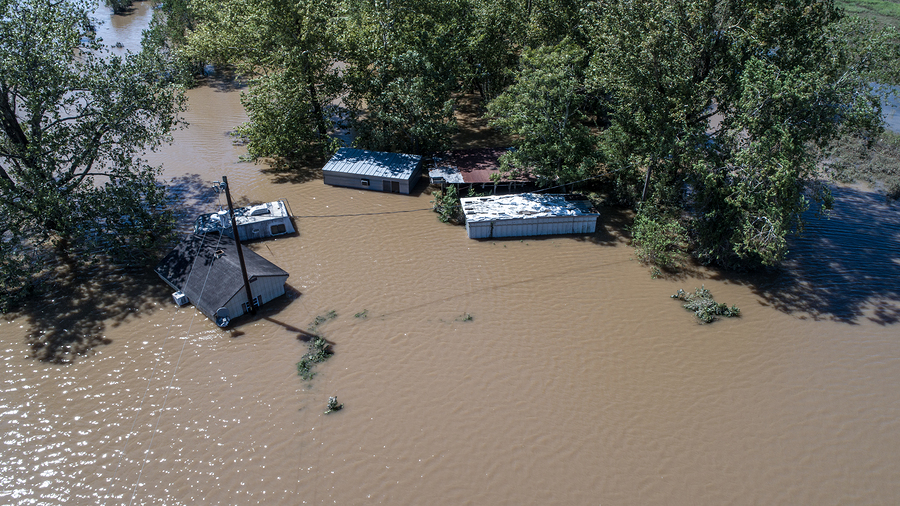 However, Irma arrived quickly on Harvey’s heels. One of the most powerful recorded storms ever, Irma hit the Bahamas, Florida, South Carolina, Georgia, and surrounding areas, putting this region in disaster recovery mode as well. As in Texas, many residents were trapped in the storm and required emergency rescues. Local emergency responders struggled to navigate their rescue boats through the wind and narrow pathways. Destroyed homes and landscapes across 650 miles caused millions of people to be without power. Even now, though Irma has passed, there remains the danger of storm surges across Florida, Georgia, and South Carolina. Additionally, residents are still waiting for the water to subside and damage to be assessed so that they can return to their homes safely.

While residents wait to be able to return to their homes, many are put into rescue shelters. Most victims of which, need survival supplies. People around the country, whether they have been effected or not, have pulled together to help those in need. Some have volunteered their time to transport residents around in the flood waters. Others have developed donation websites. These relief efforts have all relied on communication. Technology is playing a critical role in helping those in need, for those in shelters and back in their homes. Below are a few of the many ways technology can mean life or death for individuals in the place of a natural disaster.

While we cannot prevent natural disasters, or seem to be able to predict soon enough when and where they will hit, we do have the power to develop new technologies and apps that make weathering and recovering from the storm much easier. Disasters have a way of bringing out the best and most generous of the human spirit; technology simply allows that light to shine through.

The worst of Harvey and Irma have passed, but the urgency of need is still great for many-both in the US and in the Virgin Islands, Puerto Rico, and the Bahamas. Those who have been evacuated or isolated for extended periods of time are in dire need for many basic, everyday items. Below is a list of organizations that are working to help victims of Harvey and Irma through monetary and other donations.

Donations are the biggest hope for cities in distress. Donating to disaster relief foundations makes a direct donation into the city and the families there that are in dire need.

Let's make something intelligent together